Topless Femen activists hold banners in front of the La Salle Bonanova during the protest. Femen activists have protested against the Vox candidate, Ignacio Garriga, when he arrived at his polling station in Barcelona.

The activists have shouted with the naked torso and have shown banners that branded Garriga and Vox as “fascists”, while police officers pushed them away. 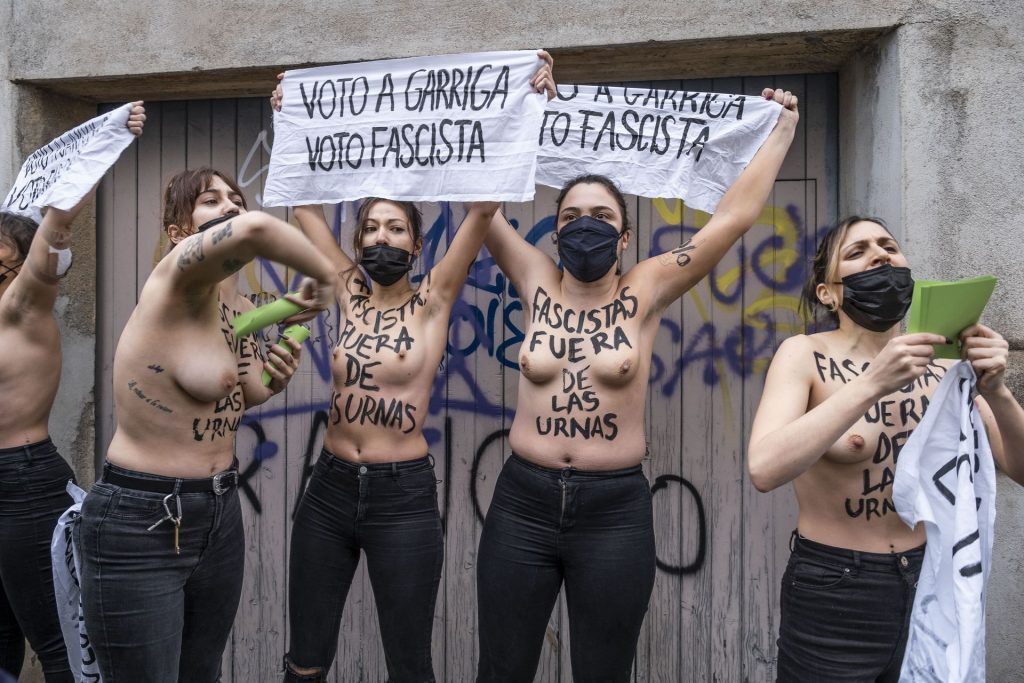 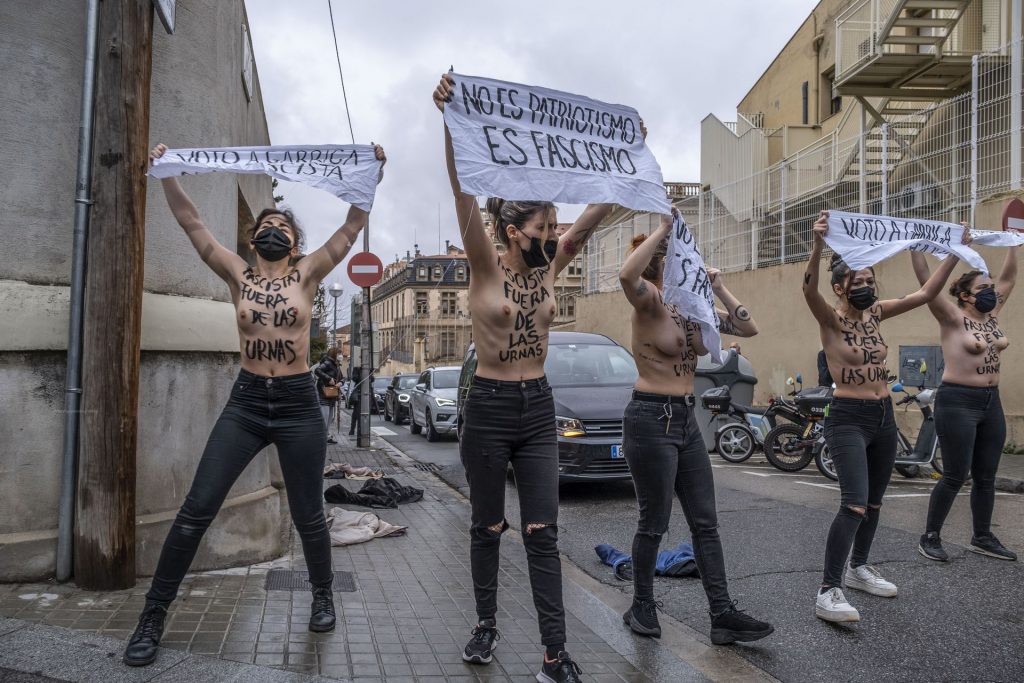 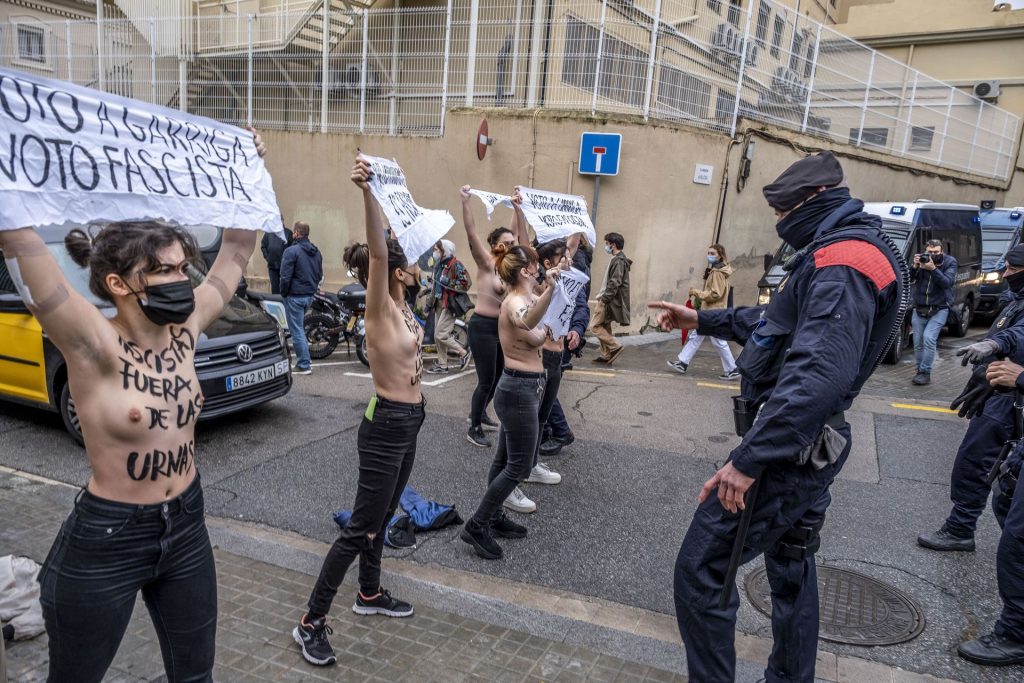 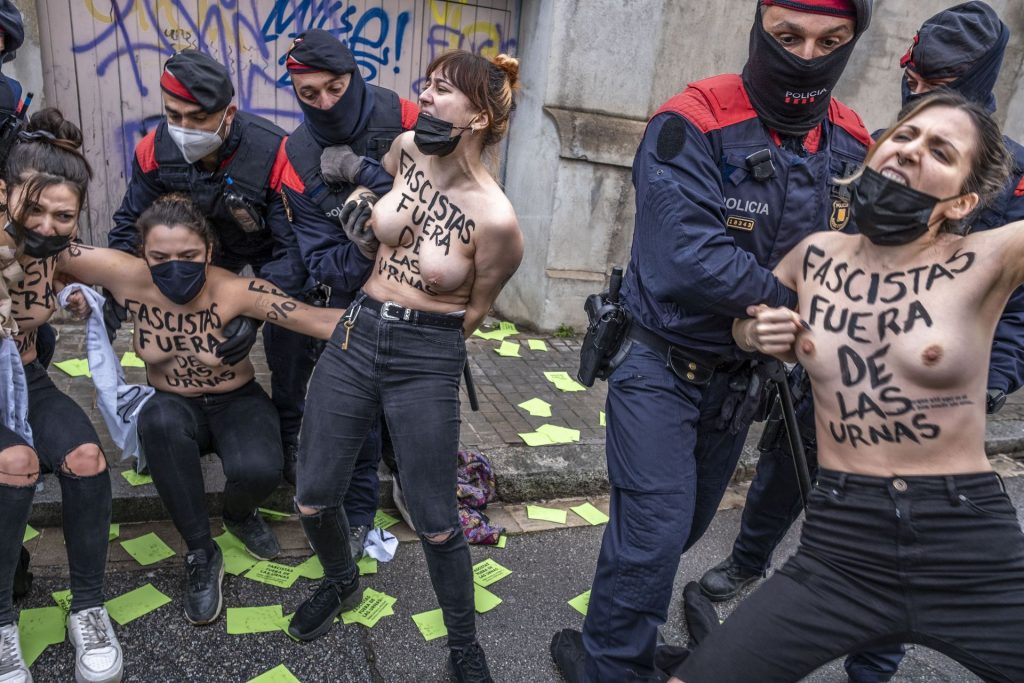 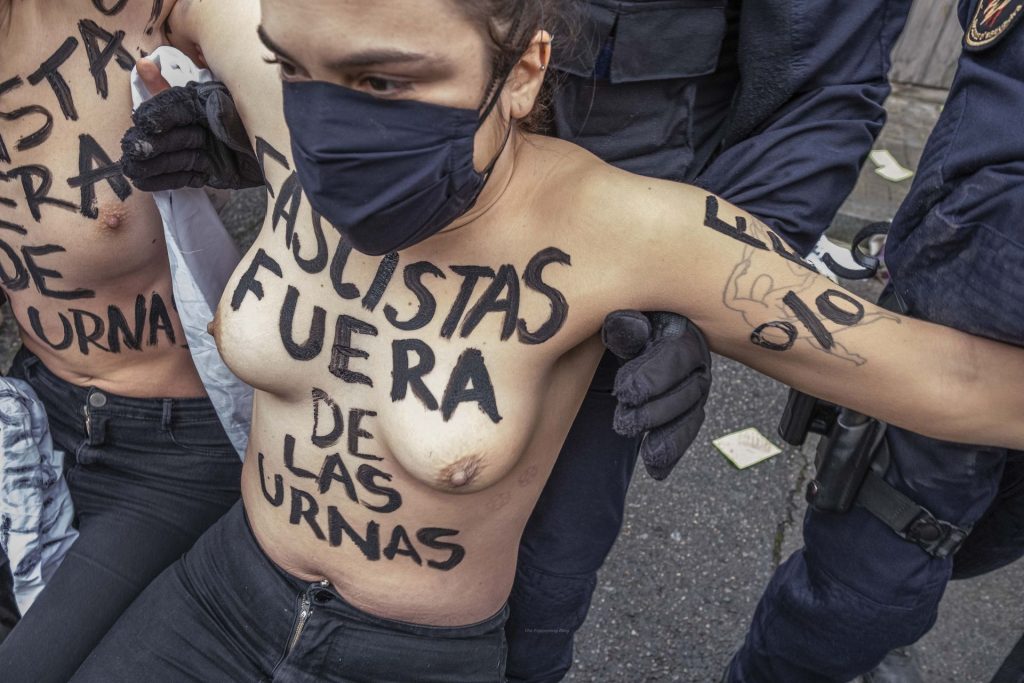